GB Women face hosts Japan in their second Tokyo 2020 Olympics group match at the Sapporo Dome on Saturday (kick-off 11.30am) looking to continue their perfect start.

GB Women top Group E after Ellen White's double in their 2-0 win over Chile on Wednesday, while Japan drew 1-1 with Canada.

Boss Hege Riise believes Team GB sent out a statement with the opening victory; the side - primarily made up of England players - had played just one warm-up game together and, as a Team GB football squad returned for just their second Olympics, Riise was delighted with their display.

She said: "We have been waiting for this game a long time and we were so eager to get started. Get a good start, get a win, keep them away from our goal, score two goals - it's a good statem 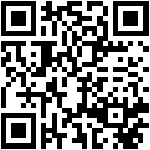