They said that this offering enables seamless, flexible instalment payment options across over thousands of merchant establishments in Malaysia that are already on the Pine Labs’ network.

Pine Labs said in a statement that it has “pioneered the BNPL category in India where it now has 95% market share of offline BNPL services”.

The company has already onboarded merchants and top banks like CIMB Bank, AmBank, HSBC Bank, AFFIN BANK, and RHB Bank on its platform since its launch in Malaysia in March 2021.

The firm had also recently acquired local payments platform Fave in a deal worth RM185 million in April.

Meanwhile, Atome said that has partnered over 3,0 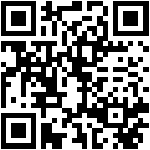