Young but deadly: 16 yo student charged with the murder of schoolmate

SINGAPORE – A Secondary 4 student from River Valley High School (RVHS) was charged with the murder of a 13-year-old student from the same school today.

The accused appeared in court via video and was accused of committing the act in a toilet located at the fourth floor between 11:16 am and 11:44 am yesterday, reported The Straits Time.

His identity remains unknown as he is under the age of 18, which falls under Singapore’s Children and Young Persons Act.

CNA also reported that the accused was previously admitted to the Institute of Mental Health (IMG) after a suicide attempt at the age of 14.

The police intends to seek a court order to remand the teenager for psychiatric assessment.

While a death sentence is usually meted out fo

9
How to Install Newswav
1. Scan the QR code below
1. Tap this button 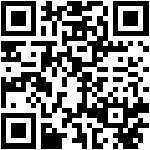