Marc Skinner has stepped down at Orlando Pride to take over as Manchester United women's head coach.

It is understood Skinner has agreed in principle to become United's new head coach but the two clubs are still finalising compensation.

His assistant Carl Green has also quit the American club to "pursue a new coaching opportunity".

Skinner has spent two years in the United States in Florida. It will be a return to the Women's Super League for the 38-year-old after a spell with Birmingham.

Casey Stoney, who stepped down as manager of United at the end of last season, was recently confirmed as boss of San Diego. 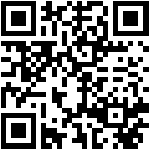