Recently, there has been an online trend in Indonesia where teenagers put their lives in danger for the sake of making content that will go viral. The challenge mostly seen on TikTok is called the ‘Malaikat Maut’ challenge, which translates to the ‘Angel of Death’ challenge.

Those who participate in the challenge would deliberately stand in the path of an oncoming vehicle in an attempt to ‘prank’ the driver, and quickly move aside before being hit.

According to Kompas, the challenge is deemed successful if the vehicle is able to stop in time before hitting the teens. However, this is extremely dangerous and has been proven to be fatal after a teenager died while participating in the challenge.

According to CNN Indonesia, a group of eight teenagers had participated in the challenge, but because 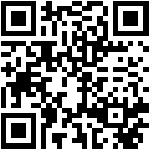