Islamic crowdfunding group Ethis Global announced the closure of its RM6.8 million pre-Series A fundraising round from angel investors.

This ‘Super Angel’ round was joined by notable investors including corporate leader Tan Sri Wan Zulkiflee, and Daud Vicary Abdullah, a renowned figure and thought-leader in Islamic finance and banking, both from Malaysia, as well as Dubai-based Khurram Hilal, CEO of global Islamic banking at an international Bank.

This funding round comes on the heels of Ethis’ recent appointment of Amran Bin Mohd as the Chairman of the newly established Ethis Investment Management.

Ethis said that the funds will be used to scale up operations in existing markets, acquire licenses and set up in new jurisdictions, as well as develop new technology. 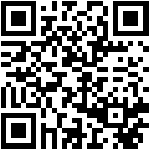