Apple launches ‘Foundation: The Official Podcast’ ahead of series release on TV+

Foundation, one of the most anticipated shows of Apple TV+, is finally premiering on September 24, the same day Apple starts selling its brand-new iPhone 13 line. Not only that, the company announced an official podcast for this sci-fi show with weekly episodes.

Join host Jason Concepcion and Foundation’s showrunner and executive producer David S. Goyer as they discuss adapting Isaac Asimov’s iconic novels for the screen. Writers from the show chat with Jason and David to unpack the latest episode of the Apple Original series, giving viewers a deeper dive into the story. Episodes of the show and the podcast premiere on Fridays. So watch first on Apple TV+ (where available), then listen to the podcast for the ultimate Foundation experience.

To start, there’s already a one-minute introductory episode that reminds listeners that the sho 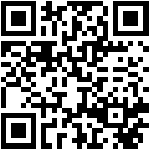