Committee of 100 (C100), a non-profit organization that promotes U.S. and China relations, has released a study that concludes espionage defendants with Asian and especially Chinese names face harsher punishment than those with Western ones.

Racial disparities: The study, titled “Racial Disparities in Economic Espionage Act Prosecutions: A Window into the New Red Scare,” analyzed 190 cases involving 276 individuals accused of espionage between 1996 to 2020, according to Committee 100. The investigated cases were recorded in the Federal PACER (Public Access to Court Electronic Records) system.

The report concluded that 1 in 3 Asian Americans may have been falsely accused of espionage under the Economic Espionage Act (EEA). Additionally, 27% of individuals charged under EEA were not convicted of any crimes, while 6% of Asian Americans “were convicted only o 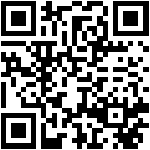