SEMPELANG – He was expecting a sweet family reunion following his release from jail, but was served a bitter truth instead.

In a TikTok video by @heraalex86, a man was visiting a grave along with his sister, who then tearfully told him that it was their mother’s.

Unable to accept the reality, the man looks on in disbelief and shock as his mind went numb over the news.

In a separate clip, the sister also revealed how their mother had passed away 100 days ago.

Twin tragedy – the loss of a mother and a sister

As reality began to sink in, the man proceeds to crying uncontrollably at his mother’s grave.

To add on to his grief, he 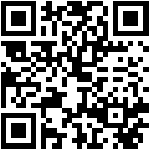