Yuan Renguo, who was arrested in 2019, was found guilty of taking the bribes between 1994 and 2018, according to a statement late Thursday from a court in the southwest province of Guizhou, where Moutai is based. He accepted the payments to help distributors secure work with the distiller and increase allocations of the company’s prized liquor bottles, the court said.

Yuan, 64, quietly left Moutai in 2018 after 18 years at the helm. His arrest triggered a broader anti-graft crackdown by authorities on the premium distiller’s then-management team, including Nie Yong, the former head of Moutai’s e-commerce unit. There have since been frequent leadership changes at the company, with three chairmen 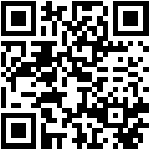