Some popular iPhone apps are using some sneaky techniques to uniquely identify you, even if you refused permission for app tracking. The data they are gathering includes everything from your iPhone’s Last Restart Time to your screen brightness setting measured to 15 significant digits.

App Tracking works by Apple assigning a unique identifier to your device. It doesn’t reveal any details about you, but does allow them to see (for example) that iOS user 30255BCE-4CDA-4F62-91DC-4758FDFF8512 has visited gadget websites, and therefore would be a good target for gadget ads. It also allows them to see that iOS user 30255BCE-4CDA-4F62-91DC-4758FDFF8512 was shown an ad for a particular product on a particula 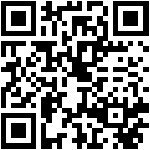