PAKATAN Harapan presidential council urged the Government to establish a royal commission on inquiry (RCI) to investigate the Malaysian Anti-Corruption Commission (MACC) and recommend measures to strengthen the agency.

“In the meantime, MACC chief commissioner Datuk Seri Azam Baki must be relieved off his duties temporarily until investigation is completed,” it said in a statement.

The trio, who were detained last week, had allegedly stolen a portion of US$6 mil (RM25 mil) seized from the former director-general of the Malaysian External Intelligence Organisation (MEIO), Datuk Hasanah Abdul Hamid.

6
How to Install Newswav
1. Scan the QR code below
1. Tap this button 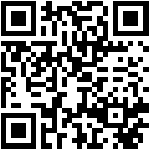