Today, Satechi is expanding its selection of popular Apple accessories with three new offerings designed to complement the iPhone 13. Headlined by the brand’s first MagSafe car charger, there’s also another road-ready accessory being joined by a compact USB-C charger. Head below for all of the details on the new Satechi MagSafe Car Charger and other releases.

Headlining all of the new releases is a new first for Satechi, as the brand is getting in on the MagSafe car charger game. Sporting a similar design to other models on the market, the Magnetic Wireless Charger arrives with a built-in USB-C port for pairing with another one of Satechi’s new releases, but more on that one in a second. Its first MagSafe car mount delivers 7.5W charging speeds to an iPhone 12 or iPhone 13 series handset. There’s much of the exp 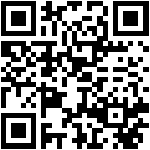