Ange Postecoglou's side snapped their two-game losing run with a 3-0 victory over Raith Rovers on Thursday and their reward is a date with St Johnstone, who were 2-0 winners over Dundee in their quarter-final tie.

Saints won this competition for the first time last season after Celtic had claimed the previous four.

Rangers, who have won the Scottish League Cup a record 27 times, beat Livingston 2-0 in Wednesday's quarter-final at Ibrox. They last lifted the trophy in 2011.

Three-time winners Hibernian, whose last success came in 2007, progressed to their fifth successive semi-final with a 3-1 win away to Dundee United. 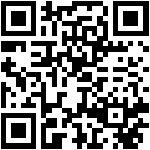