Arsenal's confidence is growing as defence and midfield takes shape

The one aspect of the past two wins Mikel Arteta will be most pleased about will be the clean sheets because that always gives you a chance. He's assembled a defence that's of his making. He's trying to build that base and clean sheets always help confidence.

Now he'll want to see his team being a bit more of a goal threat. But when you're trying to recover from what was a dreadful start, the first port of call is always at the back and keeping out the opposition.

In midfield, Thomas Partey was always a vital cog in the machine. He had a disappointing time last year. I don't know why or what was going on but physically he didn't look right, he looked shattered at times in matches. But hopefully now he's set for a good season. He's a fine player, there's no dou 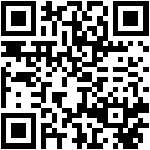