KUALA LUMPUR – The Malaysian Anti-Corruption Commission (MACC) has been embroiled in yet another controversy following the recent arrest of three of its senior officials over allegedly misappropriating funds involving a portion of US$6 million (RM25 million) in seized funds belonging to the government.

A well-placed source in the MACC told The Vibes that the three officials were arrested last week in connection with the alleged counterfeiting of cash seized from former Malaysian External Intelligence Organisation director-general Datuk Hasanah Abd Hamid three years ago.

Confirming a report by Edisi Siasat, the source indicated that the millions in US banknotes were seized by the MACC as evidence into the criminal breach of trust (CBT) charges involving a total of US$12.1 million levelled against 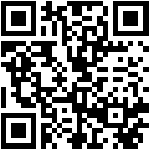