Douyin, the Chinese TikTok, limits its younger users to 40 minutes a day

On Saturday, Douyin parent company Bytedance announced they would be limiting access to the app for children to 40 minutes a day, in line with the Chinese government’s push to curb “internet addiction” among its youth.

Certain limitations: ByteDance’s new control called “youth mode,” makes it so that children aged 14 and younger may only access Douyin, China’s domestic version of TikTok, for up to 40 minutes a day between 6 a.m. and 10 p.m., according to Reuters.

On their WeChat post on Saturday, the company suggested parents should “help their children complete the process in order to enter youth mode” to ensure the policy is being followed, South China Morning Post reported. In addition to the new mode, ByteDance also launched Xiao Qu Xing, or “Little Fun Star,” a TikTok-like app that features educational content designed for children. T 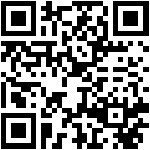