(Sept 24): The former boss of a defunct Zurich private bank that was mired in the multibillion-dollar 1MDB scandal faces a trial next week accused of money laundering for a Gulf businessman convicted in the affair.

Eduardo Leemann, who denies any wrongdoing, is set to appear at Switzerland’s Federal Criminal Court to answer charges that between 2012 and 2016, he exploited his role as chief executive officer of Falcon Bank to launder $133 million euros (US$156 million) in illicit proceeds for Khadem Al-Qubaisi.

While prosecutors say the money wasn’t embezzled or misappropriated from 1MDB, the trial puts the spotlight back on how the Swiss lender and its former chief allegedly greased flows of cash for a key player in the scandal that engulfed 1Malaysia Development Berhad -- an investment fund originally intended to develop the southeast Asian nation’s econ 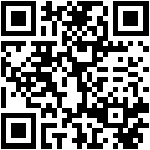