South Korean survival drama show “Squid Game,” which premiered on Netflix on Sept. 17, is being accused of plagiarism by some online.

About the series: Written and directed by Hwang Dong-hyuk (“The Fortress,” “Miss Granny”), the nine-episode series tells the story of a group of characters risking their lives to win 45.6 billion won ($38.5 million) in a mysterious survival game. 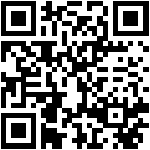