Sport : Speedy Tigers to go on tour of UK to prepare for 2022 Asia Cup

KUALA LUMPUR, Sept 15 -- The national men’s hockey squad will travel to London for the United Kingdom 2021 Tour series from Sept 19 to Oct 22 in preparation for next year’s Hockey Asia Cup.

National team management committee chairman Datuk Ahmad Najmi Abdul Razak sad the 23 players would join the tour which is aimed at preparing them for the Asian meet, which is also the qualifier for the 2023 Hockey World Cup.

“A total of 10 matches have been arranged for the national squad during their stay there, including four against club sides and six against 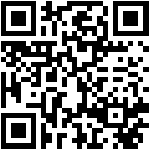