Oyo said to seek at least US$1.2b in IPO after comeback

(Sept 24): Oyo Hotels & Homes Pvt, a once high-flying Indian startup that ran into troubles during the pandemic, plans to file preliminary documents to go public as soon as next week and will seek at least $1.2 billion, according to people familiar with the matter.

The initial public offering will consist mainly of primary shares, or those sold by the company, as well as a small portion of secondary stock, said the people, asking not to be identified because the details are private. Ritesh Agarwal, the 27-year-old founder and chief executive officer, doesn’t plan to sell any of his stake, one person said.

Oyo is targeting an offering of about $1.2 billion and could increase that, one of the people said. It’s pushing to accelerate the initial filing -- known as the draft red herring prospectus, or DRHP, in India -- to as soon as next week, though it could 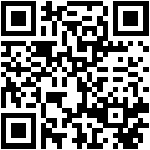