Video: Over 130 Foreigners Seen Queuing Outside Post Office in Klang Without Proper SOPs

Recently, a video of a large group of foreigners gathered in front of a post office at Jalan Stesen went viral on social media.

Based on the video, these people were seen standing very close to each other, not following the standard operating procedures (SOP) and maintaining social distance.

As reported by BERNAMA, South Klang District Police Chief ACP Shamsul Amar Ramli said they received a call at about 8.30am from the Klang Post Office Manager informing them that a group of foreigners had gathered in front of the office and the situation had become uncontrollable when they did not follow the SOPs or maintain social distancing.

yeo kimsai
•
1 week ago
POS malaysia never planned and expect crowd of Bangladeshi to crowd control when it accepted contract for returning renewed Bangladeshi passports from Bangladesh 🇧🇩 embassy. POS malaysia need to learn from it.
Suresh resh
•
1 week ago
Whose fault?
R Ace
•
1 week ago
No wonder still high number of infection ! Outside in public already like that and Imagine if in their place of residence or anywhere when they together ie cooking, eating etc of lack of discipline to no sop?
2
amnarose19
•
1 week ago
It’s the post office fault . They should mark the 1 meter distance and ensure appropriate steps. Would she dare shout at locals ? Mesti kena hentam. Just bcoz they are foreigners doesn’t give the fatty to shout. Lose respect for her.
1
•
1 week ago
Wah no need to shout where are the security or police to help out in curbing the huge turnout in the post office. No proper management to ask them to come to renew batch by batch accordingly like one day only allow 30 or 50 people goodness it is post office fault as proper guidelines
2
How to Install Newswav
1. Scan the QR code below
1. Tap this button 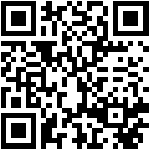