Medically inaccurate: In the episode, show host Corden asked Jeong, 52, a hypothetical question on whether the COVID-19 vaccines could cause testicular swelling in patients, a nod to the American rapper’s viral tweet from last week. Jeong was a medical doctor before becoming an actor, according to The Hollywood Reporter.

My cousin in Trinidad won’t get the vaccine cuz his friend got it & became impotent. His testicles became swollen. His friend was weeks away from getting married, now the girl called off the wedding. So just pray on it & make sure you’re comfortable with ur decision, not bullied 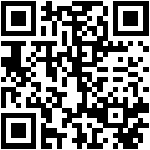