With #LeaveSajatAlone trending across social media platforms over the past couple of days, many have extended their support to the cosmetics entrepreneur.

Recently, Astro Awani reported that Nur Sajat was arrested in Thailand by immigration authorities on 8 September for possessing an invalid passport but was later released on bail. Sajat is also wanted in Malaysia for allegedly obstructing the authorities with force from carrying out their duties. PDRM is reportedly in the midst of a discussion with Thai authorities to extradite the entrepreneur back to the country.

Following this incident, a human rights group known as Human Rights Watch urged Thailand not to send Sajat back to her country where she was also charged for supposedly ‘insulting’ Islam by cross-dressing, reported The Washington Post. The 36-year-old Nur Sajat, whose real name 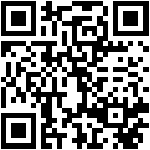