Home Minister Datuk Seri Hamzah Zainudin in the Dewan Rakyat today revealed that a total of 56 politicians have been detained for violating the SOP of the Movement Control Order (PKP).

According to a report by FMT, out of that number, 22 have already been fined while 25 more cases are still under investigation.

He gave the answer in writing to answer a question from Independent Member of Parliament (Muar) Syed Saddiq Syed Abdul Rahman.

Syed Saddiq has raised questions regarding the number of politicians detected violating SOPs during the PKP.

Eight cases were placed under no further action (NFA) and one politician has already been charged in court.

Mohd Sani Abdullah
•
1 month ago
Theses idiots has no brain at all. They are part of the government n yet they defied sop. So, they think they have immunity or double standard. The frog face used to be so good at summons. Why are they not heavily fines????
William Lazaroo
•
1 month ago
Just askbthem to resign. Simple SOPs cannot follow
saffe mohd yusof
•
1 month ago
Few ministers violated SOP three or four times also got,,,no integrity at all. Should remove him from ministrial post.
Francis Tan
•
1 month ago
Starting from the man himself
David Lush
•
1 month ago
Did they each get fined RM5000.00? They were supposed to be setting a good example to the people.
How to Install Newswav
1. Scan the QR code below
1. Tap this button 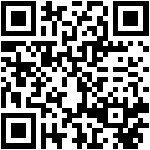