Members of ARMY — fans of the K-pop supergroup BTS — are expressing their appreciation for member Jimin’s recent donation to polio patients.

Jimin reportedly made the donation under his dad’s name to a fundraising campaign aimed at creating polio vaccines. All donations will be unveiled on World Polio Day, an annual event observed on Oct. 24. Rotary International established the celebration to commemorate virologist Jonas Salk, who developed one of the first successful polio vaccines. Jimin has made multiple donations in the past, including to his former school Busan High School of Arts, the Busan Metropolitan Office of Education and the Jeonnam Future Education Foundation.

ARMYs find out: News of Jimin’s donation emerged only a 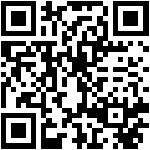