Peterborough striker Jonson Clarke-Harris has been banned for four matches and fined £5,300 by the Football Association (FA) over historical social media posts.

The comments made reference to sexual orientation and Clarke-Harris will now be mandated to attend a face-to-face education programme.

An FA spokesperson said: "Peterborough United FC's Jonson Clarke-Harris has been suspended for four matches, fined £5,300 and is required to complete a face-to-face education programme after admitting six breaches of FA Rule E3 in 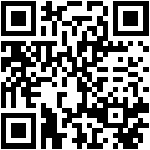