French football wrestles with violence in stadiums as fans return

French football wrestles with violence in stadiums as fans return

PARIS - After a year of football in empty stadiums the return of supporters this season should have been a cause for celebration, but France is reeling from a series of incidents involving fans in and around Ligue 1 games.

The latest came on Wednesday when supporters invaded the pitch and flares were thrown during the game between Angers and Marseille, while stones were thrown at a bus taking Bordeaux fans to their match in Montpellier, with 16 suffering minor injuries.

These incidents come after last weekend's northern derby between Lens and Lille was overshadowed by a pitch invasion that delayed the start of the second half.

Riot police intervened when dozens of Lens supporters stormed the pitch at half-time to confront Lille fans, while both sets of supporters hurled seats 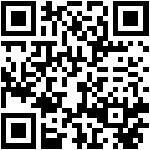