Reuters
Reuters.com brings you the latest news from around the world, covering breaking news in markets, business, politics, entertainment, technology, video and pictures.

FRANKFURT (Reuters) - A spike in euro zone inflation to above the European Central Bank’s target is a temporary “hump”, the ECB says - dusting off a metaphor used a decade ago by its then-president Jean-Claude Trichet.

In 2011, the ECB hiked interest rates twice in four months, with Trichet yielding to Ge 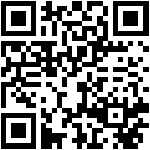