US House approves US$1 billion for Israel's Iron Dome

WASHINGTON: US lawmakers green-lit US$1 billion on Thursday (Sep 23) to resupply Israel's Iron Dome missile defence system after funding was controversially stripped from a separate Bill following a revolt from the Democrats' left flank.

The money had originally been included in legislation addressing a looming government shutdown and a potential October debt crisis.

But a group of progressives in the Democrat-controlled House of Representatives said they would tank that unless Iron Dome funding was yanked from the wording.

The cash transfer ultimately advanced from the House on a comfortable 420-9 vote.

"Passage of this Bill reflects the great unity in Congress ... for Israel's security," Nancy Pelosi, the leader of the House Democrats, said in a speech on the chamber floor.

"Assistance to Israel is vital, because Israel's security is an impe 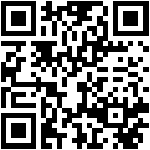