Aston Villa winger Leon Bailey will be out for up to three weeks with a thigh strain, which he suffered after scoring in last weekend's 3-0 Premier League win over Everton, manager Dean Smith said.

The Jamaica international, who joined Villa from Bayer Leverkusen in August for a reported 25 million pounds (US$34 million), is targeting a return to action against Wolverhampton Wanderers on Oct. 16.

"Leon has a strain which is likely to keep him out until after the international break," Smith told reporters.

"We would be hopeful that he would be available for the Wolves game but we'll need to assess him nearer the time and see how he progresses over the next 10 days or so."

Midfielder Morgan Sanson will be out for about a month after picking up a hamstring strain in their League Cup shootout defeat by Chelsea.

Smith's side travel to Mancheste 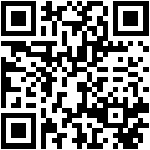