Cary Joji Fukunaga, the first American director to helm a James Bond film with the upcoming “No Time To Die,” recently shared his pride in having a multiracial background.

On being the “other”: The Japanese American filmmaker revealed in an interview with Hollywood Reporter that his growing up in a multiracial, working-class family household in Oakland shaped the global perspective in his filmmaking.

He shared that his father, a third-generation Japanese American born in an internment camp, never talked about what it was like during World War II.  “I think it shaped me, that multigenerational struggle,” the 44-year-old filmmaker shared. ”The psychological trauma inherited from [my father’s] childhood defines who I am, and I think that internment process was incredibly destabilizing for the entire Japanese American population.” While havin 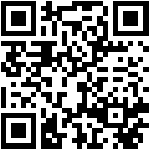