SINGAPORE: The driver involved in a fatal crash at Lucky Plaza that claimed the lives of two maids and injured four others has been sentenced to two-and-a-half years in jail on Friday (Sep 24).

Chong Kim Hoe, a 66-year-old Malaysian, will also be disqualified from driving all classes of vehicles for 10 years upon his release from prison.

He pleaded guilty to one count under the Road Traffic Act for dangerous driving causing death.

The court heard that on Dec 29, 2019, the former private-hire car driver had received a booking on Orchard Road while driving along Nutmeg Road behind Lucky Plaza.

Chong accidentally engaged the accelerator while making a U-turn, resulting in his vehicle mounting the footway, going through a guard rail and landing on the service road at Lucky Plaza.

The accident resulted in the deaths of two women - Abigail D 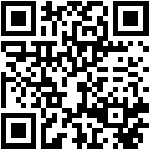