Fanning the flames: Evergrande founder Xu Jiayin, whose current net worth slightly dropped to $10.7 billion, angered people online after a letter he penned was shared on Weibo, reported Business Insider.

Xu reportedly sent the letter out to 123,276 Evergrande employees during the Chinese Mid-Autumn festival, which occurred Sept. 21. In the letter, the founder urged his workers to “unite and work hard in the face of adversity” and assured them that the company would soon “walk out of the darkness.” Immediately after National Business Daily posted the letter on Weibo, it became a trending topic and attracted over 100,000 comments. Some users cited the company’s massive debt to s 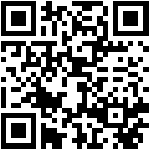