WASHINGTON (Sept 24): The White House pressed automakers, chip companies and others on Thursday to provide information on the ongoing semiconductor crisis that has forced cuts to U.S. auto production, and to take the lead in helping solve it.

Secretary of Commerce Gina Raimondo, who along with Brian Deese, director of the National Economic Council, met on Thursday with semiconductor industry participants, told Reuters that strong action was needed. "It's time to get more aggressive," she said. "The situation is not getting better; in some ways it is getting worse." 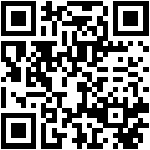