SINGAPORE: The Singapore Armed Forces (SAF) is testing a new weapon locating radar (WLR) that can locate and track enemy rockets, and it said the results have been promising.

The TPQ-53 WLR, first announced by the SAF in June, improves its ability to locate and track hostile rocket, artillery and mortar threats.

For instance, the radar can determine the location of these threats at a range of up to 60km. It can also switch to a 360-degree rotating mode to provide all-round coverage.

The radar’s predecessors, which have been in service since as early as 1986, can only scan a fixed point at a range of up to 50km.

Friendly forces use information from this radar to know where to eliminate such threats, or as an early warning to evade incoming rockets.

In the bigger picture, the TPQ-53 represents another asset in the SAF’s suite of sensors, whi 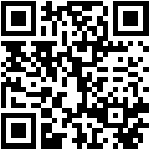