Recently, Ustaz Ebit Lew was called in for questioning by the police on 19 August due to an ongoing investigation into sexual harassment claims against him.

The Royal  Malaysian Police (PDRM) had then issued a statement which stated that “PDRM requests all parties not to make any speculations and provocations to ensure that this case can be investigated transparently.”

“The public is also advised not to make any distribution of material that could affect the police investigation.”

However, recently a Telegram channel called “Bukti Bukti Mangsa Ebit Liew” has been gaining traction after its creation just two days ago on 21 September. The Telegram channel currently has more than 100,000 subscribers at the time of writing. The group’s description reads, “All of the collected evidence will be displayed here.”

49
How to Install Newswav
1. Scan the QR code below
1. Tap this button 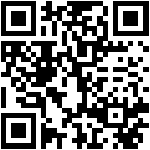