New Nottingham Forest head coach Steve Cooper says he won't be daunted by the club's recent tumultuous record for sacking managers after taking charge at the City Ground and is "all in" for the challenge that lies ahead.

The former Swansea boss becomes Forest's 11th different manager in seven years and the two-time European champions have appointed a new incumbent every year since 2010.

Cooper, who twice led Swansea into the Championship play-offs before leaving in the summer, replaces Chris Hughton who was sacked with Forest bottom of the Championship, having failed to win in 13 league matches.

But Cooper has promised to embrace the challenge in the East Midlands rather than concern himself with the previous instability. 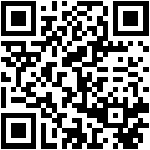