After months of rumors, Apple today held its highly-anticipated September event to announce the iPhone 13. In addition to the flagship iPhone announcements, today’s “California streaming” event also marked the introduction of the Apple Watch Series 7, an all-new iPad mini, and more. Head below as we recap everything Apple announced during today’s event.

We kicked things off today with the introduction of a new entry-level iPad, marking its ninth-generation update. The new iPad is powered by Apple’s A13 Bionic processor inside, which the company says provides a 20% boost in performance. With this update, the entry-level iPad is now 6x faster than the best-selling Android tablet and 3x faster than the best-selling Chromebook. 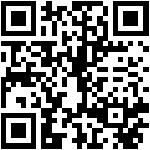