UnitedHealth is offering an Apple Fitness+ perk to its members beginning this year. The company announced in a press release that starting in November, UnitedHealthcare members in “most states” in the US can sign up for Apple Fitness+ and get a 12-month membership for free.

This marks the first time that a health insurer has offered an Apple Fitness+ promotion. Some more details are as follows:

Starting Nov. 1, as part of their plan benefits, approximately 3 million fully insured UnitedHealthcare members in most states who own an Apple Watch can enroll with Apple Fitness+ and receive a year-long subscription at no additional cost. Employers with self-funded health plans will, starting next year, be able to purchase an “Apple Fitness Bundle,” which provides a 12-month subscription to Apple Fitness+ as well as a $25 Apple digital gift card 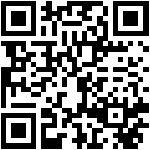