TWENTY years ago, 26-year-old me was lucky to be a part of a delegation to South Africa to be part of the World Conference against Racism, Racial Discrimination, Xenophobia and Related Intolerance from August 31 to September 8, 2001.

This is where the Durban Declaration and Programme of Action (DDPA), an international framework to strive for racial justice, was adopted.

It was fascinating to be involved in the process of the DDPA being signed by participating countries, with the United Nations playing an important role.

It was also a very exciting experience for me. Countries like the United States and Israel pulled out at the last-minute, citing unfairness in linking Zionism to racism.

1511 GodGoldGlory
•
3 weeks ago
Call what it is !!!!! Malaysia is ruled by a RACIST GOVERNMENT for many decades. As long as the RAKYAT keep silent on RACE BASED political parties, RACISM IS HERE TO STAY !!!
All Toh
•
3 weeks ago
If ONLY D party in power now can have half of d MP think like this, Malaysia will b one of d top ten in d world.
Putang Inang
•
3 weeks ago
Racism has become endemic...live with it or kill the disease
How to Install Newswav
1. Scan the QR code below
1. Tap this button 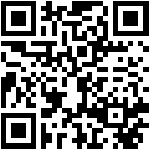