(Sept 24): Apple Inc. is releasing its iPhone 13 lineup on Friday, testing whether new camera technology and aggressive carrier deals will get shoppers to snap up a modest update of last year’s model.

After the company began to take orders for the device on Sept. 17, the new products -- the iPhone 13, 13 mini, 13 Pro and 13 Pro Max -- are now reaching stores and consumers. This year’s biggest changes include a narrower notch at the top of the screen, camera features like Cinematic mode and up to a few hours of additional battery life. The product also has a somewhat faster processor.

What the iPhone 13 doesn’t have is a dramatic redesign, and that may lead some consumers to put off a purchase until next year. But Apple does have some tailwinds, including a broader transition to 5G networks that may entice shoppers. U.S. carriers also are competing fierce 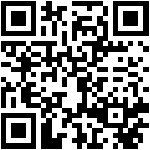