The Hong Kong and Macau Affairs Office’s new propaganda department will focus on communicating news, while managing journalists from the two special administrative regions based in the mainland, according to the agency’s website. The second department will coordinate matters related to national security.

The changes were added to an organization summary on the Beijing-based office’s website Thursday, according to local news outlets the South China Morning Post and Sing Tao. 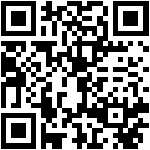