Here’s Everything You Need To Know About #LeaveSajatAlone

Recently, the hashtag #LeaveSajatAlone has been trending on Malaysian social media after transgender entrepreneur, Nur Sajat (formerly known as Muhammad Sajjad Kamaruz Zaman) was caught by immigration officers (and then later released on bail) in Thailand.

But that’s not the reason why people are calling for her to be left alone.

Based on a report by Sinar Harian, an arrest warrant was previously issued on Sajat after she had failed to appear for a re-mentioning at the Shah Alam Syariah High Court, for the charge of dressing as a woman at a Yasin recitation and prayer back in February 2018.

For the act, she was charged under Section 10 (a) of the Syariah Crimes (State of Selangor) Enactment 1995, which if convicted, could mean a fine not exceeding RM5,000 or imprisonment not exceeding three years or a combination of both these consequenc

Mohd Sani Abdullah
•
3 weeks ago
As far as i knows of sajat's crimes as published by news. Was he is guilty of cross dressing n exiting islam. No mention of other felony. If, its true that the 2 felonies he did. He definitely need to be left alone. A human right has the freedom to cross dressing or exit any religion he chose. A religion teaching should not be forced on anyone. Its only a religion. Not that he hurt or harm anyone. That would be serious. For 2 minor felonies of syariah court. He has to be hunted by 100 jais officers n intervention by neighbouring immigration??? While, criminals on the run wasn't even mention about??? What are the pdrm doing??? Can't dirrentiate serious n minor cases????
How to Install Newswav
1. Scan the QR code below
1. Tap this button 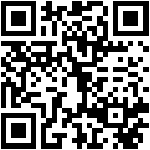