Nintendo has finally added Bluetooth audio support to its Switch video game console. However, the latest update does not provide support for microphone input.

The Japanese company on Tuesday announced the Switch consoles will now have the ability to connect wirelessly to an audio output. But there are certain limitations to the feature, such as no support for microphone input through Bluetooth.

The Settings menu will show the Bluetooth Audio option after updating the device. It will also have an indicator that shows the Switch's current connection status, Engadget reported. 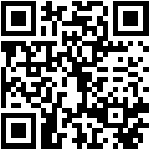