(Sept 24): Carlos Ghosn wants to correct the record in his own memoir being re-released this week: He’s no longer a Nissan Motor Co. shareholder and is eager to exit Renault SA.

The executive-turned-international fugitive has grown even more pessimistic about the automakers’ prospects in the 11 months since his book was first published in French. In a chapter devoted to defending his compensation, Ghosn says he demonstrated loyalty and faith in the companies by hanging onto their stock after his November 2018 arrest.

“I am not anymore a shareholder of Nissan, thank god,” Ghosn said Wednesday in a video interview from Beirut. He’s lived there since fleeing Japan in late 2019 to avoid trial over various charges of financial impropriety. 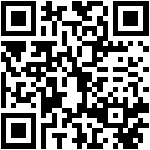