Victims received unsolicited phone calls from scammers who claimed that they were verifying whether the victims had made purchases on the e-commerce platform, said police. The callers would also claim that the victims' accounts may have been compromised.

“At this instance, victims would inform the scammer to cancel the purchase order as they did not make any purchase on the platform,” SPF said in a news release.

“The caller would then request for victims to provide their credit/debit card numbers and one-time password (OTP) received on their phones in order to facilitate the refund process.”

In some cases, victims received follow-up emails from scammers cl 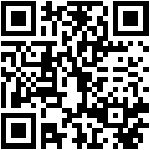