HANOI: Vietnam has pushed back a plan to re-open the resort island of Phu Quoc to foreign tourists until November, after failing to meet targets for inoculating residents due to insufficient vaccine supplies, state media reported.

The Southeast Asian nation, which is currently shut to all visitors apart from returning citizens and investors, has been struggling to speed up inoculations to help contain a spike in COVID-19 cases driven by the Delta variant in recent months.

Authorities had initially planned to allow vaccinated foreign tourists to start returning to Phu Quoc in October to revive the tourism sector and prop up the economy.

"We have to inoculate residents here for herd immunity but vaccine supplies are falling short," the state-run VTC newspaper quoted Huynh Quang Hung, the chairman of Phu Quoc City's People's Committee, as saying. 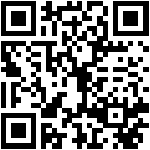