Choi Young-jae, a member of K-pop boy group GOT7, released a teaser image for his upcoming debut solo album.

“Sunshine”: Choi, known as Youngjae, 25, released a teaser image for his solo album on Sept. 23, months after the K-pop group he belonged to, GOT7, left their entertainment agency, JYP Entertainment, of seven years.

Youngjae, who goes by the name Ars as a producer, is releasing his first solo album on Oct. 5 called “Colors from Ars.”  The album will be released under his new agency Sublime Artist Agency, which also represents legendary singer Rain and “Parasite” actor Song Kang-ho.  On Sept. 16, Youngjae released a teaser video for his upcoming album and has since also been steadily releasing promotional images much to the anticipation of his fanbase. 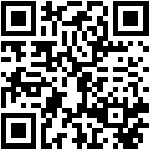