Two women at Kampung Baru Sri Aman, Seelong in Johor fainted while over 100 residents had to be evacuated due to a foul smell suspected to come from chemicals spilt into a river near the village.

According to Harian Metro, the incident happened at about 10.30pm on 14 September. The two women, aged 20 and 40, were sent to Sultanah Aminah Hospital and Sultan Ismail Hospital for treatment while 102 villagers had to be temporarily evacuated to the Kampung Sinaran Baru Community Hall.

One of the villagers, Hafiz Badrul Hisham, said a strong smell like petrol was detected at about 8.30pm, causing some of them to feel uncomfortable and nauseous.

“At about 8.30pm while outside the house, I suddenly inhaled an unpleasant odour that caused shortness of breath,” he said

saffe mohd yusof
•
1 week ago
Just shown in tv3 news, many aquatic life like fishes and tortoises died, toxic chemical. Fine max and mandotary jail for 20 years to deter others from doing the same.
1
saffe mohd yusof
•
1 week ago
Never ending cases ...same like in Sgor.
Jiminy Krikets
•
1 week ago
As long as there are corrupted officials on the take to close their eyes and the penalties imposed are just a " slap on the wrist" this sort of problems will never go away!
tang martin
•
1 week ago
Very common things happen in boleh land.
1
How to Install Newswav
1. Scan the QR code below
1. Tap this button 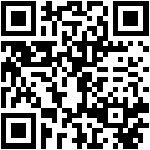